Quick response codes are a unique set of black squares and dots in a square grid that stores data in both numeric and alphanumeric formats. Most retail businesses have adopted the use of QR codes to identify items and show product description.

If you are asking how small can QR code be, let's have a look.

QR codes have gained significant use in the retail industry in the supply chain, marketing and advertising departments as most people own smartphones that have in-built QR code readers which easily read and understand the QR codes. 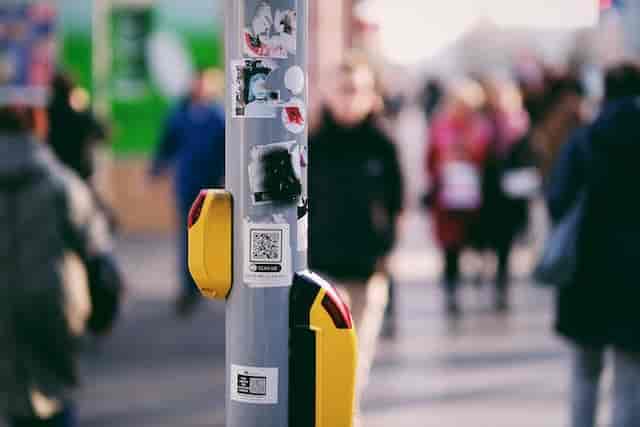 How small can a QR Code be and still work?

QR codes are used on both huge and small items and there is really no standardized QR code size. However, for smartphones to clearly scan the code, it is recommended that the QR code is at least 2 centimeters long by 2 centimeters wide. You can make your QR code as large as you wish as long as the pixels are not blurred due to the large size and the QR code is scannable even from short distances. The size of a QR code determines the distance from which it is scanned. The distance between the QR code and the scanner is equal to ten times the width of the QR code.

The data in the QR code also determines the size of the QR code. If you have a lot of data, you may decide to create a larger QR code to accommodate this but you end up with a low resolution QR code which will give people challenges when scanning it. If you need a small QR code, then you need to have less characters which translates to low number of columns and rows.

The invention of micro QR code by Denso Wave has proved that QR codes can be more compact and smaller than one square centimeter. However, this size does not work well when smartphone users attempt to scan the data using the QR code scanning applications. This is because some of the dots that were used to create the code may not be visible if a lot of information is added to the QR code.

How small can qr codes be printed?

QR codes can be as small as the creator decides but for printing and scanning purposes, should be at least 2 centimeters wide by 2 centimeters long (0.78*0.78 inches). The distances between the code and the smartphone used to scan, determines the size of the QR code.